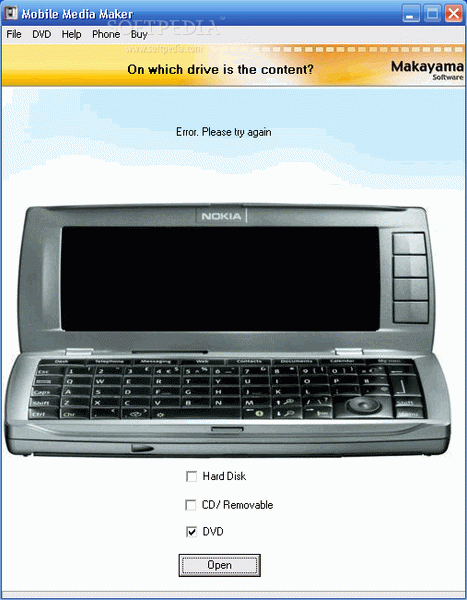 There was a time when mobile phones could only be used for making calls and sending messages, so those who wanted to watch videos on their devices needed to rely on specialized applications to compress the files and make them compatible with the phone.

Such a utility is Mobile Media Maker (Nokia) created especially for those who owned Nokia handsets.

It needs to be mentioned from the beginning that the application only runs on older operating systems, up to Windows XP, so those who run a newer edition of the OS might encounter some errors.

The app can process a wide range of video sources, such as local files, clips located on CDs and even DVD movies. Once these videos have been compressed using Mobile Media Maker (Nokia), users can copy entire movies to their memory card, even if it is not a large one, and watch them while on the go.

Not only does the software support most audio formats (such as AVI and MPEG), but it can also detect and process subtitled or foreign language DVDs, so it is not restricted only to English speakers.

In addition, users can even create a playlist with the file they want to convert and process, thus saving the time they would waste encoding each file individually. Once the process is complete, the videos can be watched in full screen landscape mode.

To sum it up, Mobile Media Maker (Nokia) can prove a handy app to those who want to compress their favorite movies and have them on their Nokia devices when travelling. However, the project has not been updated in several years and it supports only old phone models, so users who own new smartphones are advised to look elsewhere for a video compression app.