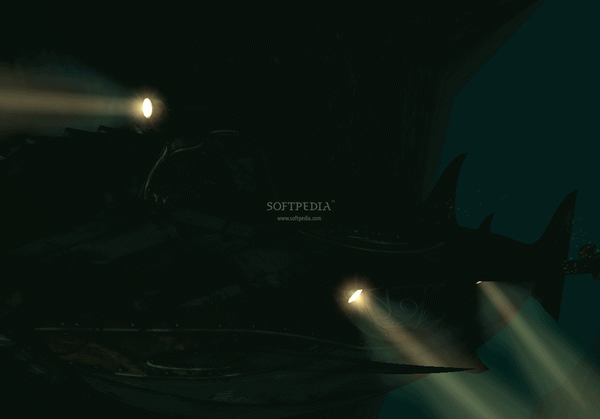 A lot of people have read the novels of Jules Verne and even those who haven't had surely heard of "20.000 leagues under the sea".

Nautilus 3D Screensaver is a great app that customizes your desktop with the underwater charm of the Nautilus.

Besides the visuals, the screensaver is a delight to all those who have read the novel or at least watched one of the many movie adaptations, as the submarine's design stays true to the original concept of making it look like an underwater sea monster.

It boasts an animated camera that allows you to see the Nautilus in many scenarios, either exploring the deep blue ocean floor or when it emerges towards the surface.

While the textures are not something to impress by current standards, the level of details the developers tried to include is amazing.

For example, the Nautilus' metallic hull doesn't reflect expect for when it emerges to the surface or the fact that you may peek through the windows and observe the interior designed by Captain Nemo.

Depending on the hardware you are running, you can modify the settings of the screensaver for a better experience.

This includes changing the resolution, raising or lowering the texture, water and lighting detail or even enabling and disabling environmental sounds and music. If you are running a multi-monitor setup, you'll be able to choose whether the wallpaper is displayed on all of your screens or just one.

Because it is a screensaver that sparks the imagination of both those who've read the novel and those who've not, Nautilus 3D Screensaver cements itself as a viable choice for anyone who wants to bring a bit of underwater mystery to their desktop.